Let’s pretend my brief hiatus didn’t happen 🙂 Thanks to everyone who sent messages, it feels good to be back!

The comprehensive ranking system (CRS) score ranges are consistently higher than previous years. This is an indication that more people are aware of the Express Entry program and availing this route. The more younger educated people apply, the higher the score. For those who are unable to match the current CRS scores, this post is for you.

The express entry scheme remains the speediest route to Canadian Permanent Residence. Before exploring other options, it is best to check that you have worked on your score as much as possible. Some ways of boosting your score are: rewriting IELTS and L=8, R=7, W=7, S=7 should be your least in all 4 areas, additional diploma or degrees, spousal qualifications, family or friend ties (for certain provinces), french qualification. The crs tool should be your best friend, play around with it to see what areas can be improved on.

To immigrate through Provincial Nominee Program, a Canadian province or territory has to nominate you. The selection process and conditions to get a Provincial Nominee Certificate usually differ from one province to another. The general process is to apply to the province or territory where you want to settle after checking that you meet the requirements for that area. The province then assesses and nominates candidates who can then apply for permanent residence through the express entry scheme or direct provincial route (paper based) depending on what is specified on the nomination letter.

This remains a popular route but you should note that the goal of a student visa is for study and not as an immigration route. It is common knowledge that visas have been denied because the candidate showed more enthusiasm to permanently relocate instead of solidifying their intent to study. You can move to Canada as a student to study in any of the accredited higher institutions and apply for the post study work program or permanent residence after completing your study. This is a more expensive route as the fees for your study would be in the International Student category unlike permanent residents who study at a similar fee rate as citizens. Usually, online study does not count towards permanent residence in Canada but the Government recently announced a major change on 14th May 2020 that online studies beginning this fall will count towards post study work program. Now, you can complete a portion of your studies online (not more than 50%) before moving to Canada. This update is likely due to the global Corona virus situation and can turn out positively if you move swiftly. It is not yet evident if this will be made permanent or is temporary until the pandemic is over.

Before I moved to Canada I was one of those who didn’t have faith in this process. I was one of those who thought it’s nigh impossible to receive a job offer. Now, I realize that’s more folly than fact. A good number of the individuals I have met here used this route. This is not limited to intra-company transfers and includes applying for jobs on the internet. There is no doubt that this option is more intensive and requires lots of work but it remains a solid option. Some ways to improve your chance using this method is to reach out to recruiters in Canada. LinkedIn is still popular and widely used by recruiters.

Toronto (Ontario) and Vancouver (British Columbia) are more popular destinations for new immigrants but other cities need skilled workers too. This is why the Atlantic Immigration Pilot Program (AIPP) is a huge success. This program helps employers in Atlantic Canada hire foreign skilled workers who want to immigrate to Atlantic Canada. It is not a points-based scheme like Express Entry and and the AIPP operates on a first-come, first-served basis. Once you receive a job offer, the company/employer and the candidate will work through several steps. If the employer and candidate meet all the requirements, the candidate gets permanent residence status in Canada. This program is for people who are open to living and working in the Atlantic provinces – Nova Scotia, New Brunswick, Prince Edward Island and Newfoundland and Labrador.

The Caregiver route seems to be more popular within the Asian and Indian communities. This may be because of the incorrect African perception that caregivers are not as respected. Childcare is expensive in Canada especially in cities like Toronto or Vancouver. If you know anyone who has children or older family members you can speak to them on being hired to assist in the home. You do not have to live in the home with them. This route provides the candidate with 2 years work permit after which they can attain permanent residence status and eventually apply for citizenship. The Caregiver option though valid should be approached with caution so you are not exploited.

Some options not discussed in this post are Family sponsorship, Asylum seekers, Refugee program, Marriage to a permanent resident etc as these are on a case by case basis and should only be considered if you fall into any of those categories. 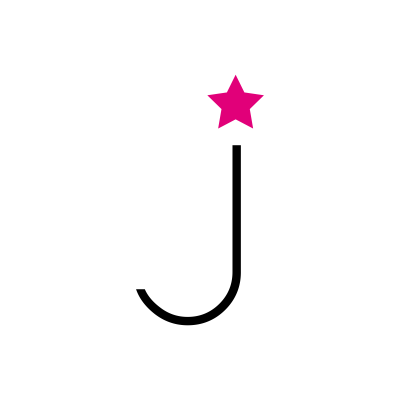 How to use the CRS Tool